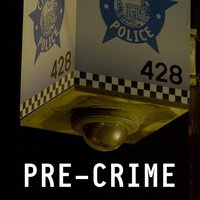 Today the Hot Docs Canadian International Documentary Film Festival has announced its line-up for the 2017 edition including the world premiere of “PRE-CRIME”, the new film by Matthias Heeder and Monika Hielscher which was supported by MDM.

About the film: Science fiction turns into disturbing fact as forecasting software, algorithms and databases quickly become the new fortune-tellers for future crimes, driving us to ask: how much are we willing to abandon for the sake of security?