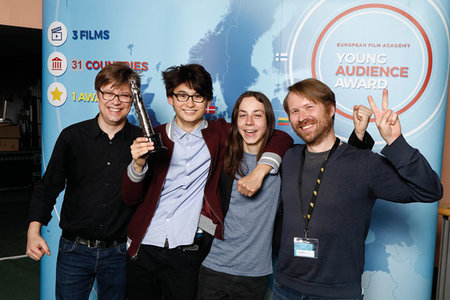 On May 7, the European Film Academy (EFA) held the sixth edition of its annual Young Audience Award ceremony in Erfurt. After a suspenseful vote, the results of which were transmitted live from participating cities to the Erfurt CineStar theater, youth juries from 31 countries awarded the European Children’s Film Award to “Goodbye Berlin”, directed by Fatih Akin. The adaptation of Wolfgang Herrndorf’s bestselling novel won funding from MDM and was shot in Pegau, Zwenkau, Blankenburg, Halle (on Saale), and Wendefurth, among other places.