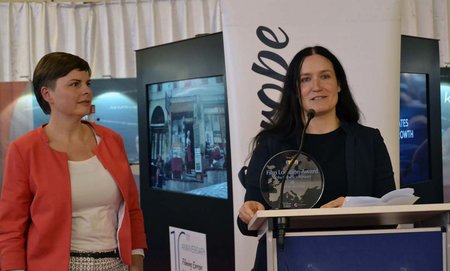 The city of Görlitz, which possesses a great deal of charm and a warm, romantic atmosphere, boasts one of Germany's best-preserved old towns. Its authentic, diverse and unique architecture - and its architectural wealth in general - is due to its architectural heritage laws, which provide plenty of inspiration for filmmakers, one high-profile example being Wes Anderson’s „The Grand Budapest Hotel”. In the 1950s, Görlitz was used as a filming location for the first time, and since then, it has represented a host of other cities, such as Berlin, Paris and New York, bringing them all worldwide attention.